Is it time to Stop and ask God for Direction?

When a New Year begins, we are usually pumped full of mental and emotional adrenaline. We have a set course we want to take and we want to hit the ground running on the very first day of January. At least, that’s what I wanted.

Many of us, when we embark on a trip in our automobile, if we have a GPS, we set it towards our desired destination. Now, let me ask you a question… How many times times have you gone on a long trip without your GPS ever rerouting or recalculating? It hardly ever happens, right? Well, on the road of our lives, we often set out with a destination in mind. It seems crystal clear at first; we know what we want and we have a plan on how we will get there. But then, without warning, our destination becomes hazy. What appeared to be a straight line all of a sudden has many detours, and we become less sure of ourselves – of our trajectory. Now, when this happens on the highway, what do we do? We stop. Why? To reroute. To recalculate. To reassess.

Life today goes really fast. Too fast sometimes. That’s why we need to re-route. Our confusion about our destination is God’s way of telling us to stop. It’s His way of getting us to pause and reflect. It’s His way of reminding us that no matter what our plans are, He’s still in charge. It’s a time to be still and know that He is God – in spite of what we might have been thinking all along. It’s a time to recharge and refocus.

As for me, I was out of gas. That too, is God’s way of stopping us in our tracks. And, if we’ve known Him for awhile, we know better than to argue or protest or to be obstinate. Actually, we know that this Pit Stop will surely be good for us. I had one heck of a year in 2016. I had accomplished things I never thought I would have. And, I thought I would just barge through the New Year with similar, even better, momentum. Although I did have a lot of great ideas for where I wanted to take myself and my business, I was lacking conviction back then. That, right there was God telling me to pull over – to stop and reflect, even if this was the beginning of a brand New Year. And you know what? That’s okay. Rerouting is completely normal and it shouldn’t cause any of us to panic. On any journey, it’s always good to take time to stop and reflect – to gather our thoughts and clarity.

So, how about you? Have you been rolling through your life at breakneck speed? There is a reason why it’s called Breakneck speed ya know. Even if it’s February and it would seem like the time to just speed up – maybe you are being called to slow down, maybe even pull over. There is nothing wrong with that. Actually, it might save you a wrong turn at Albuquerque. Better a stop now than a huge mistake that would mean retracing your steps for a few hundred miles. Sometimes, stopping is the best thing you can do to get where you are going. 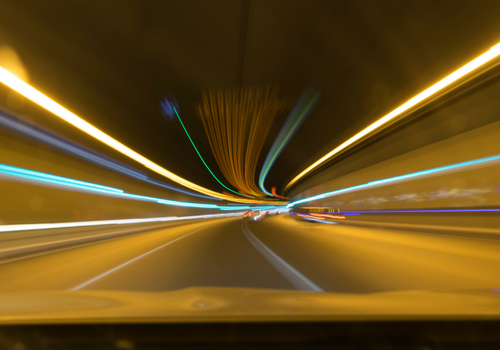 Ask God for direction in your life. It’s good to stop and reflect on the past year and think about where you want to take your business and personal goals this year. Ask God to give you a vision of HOW he wants to use you and in what way. He WILL guide you if you ask him. He will also Bless you abundantly if you listen to his direction.

So Stop, Pray, Reflect and Be Blessed!

About the author, Sebastien Richard

This is NOT Your Father’s Leadership Book.